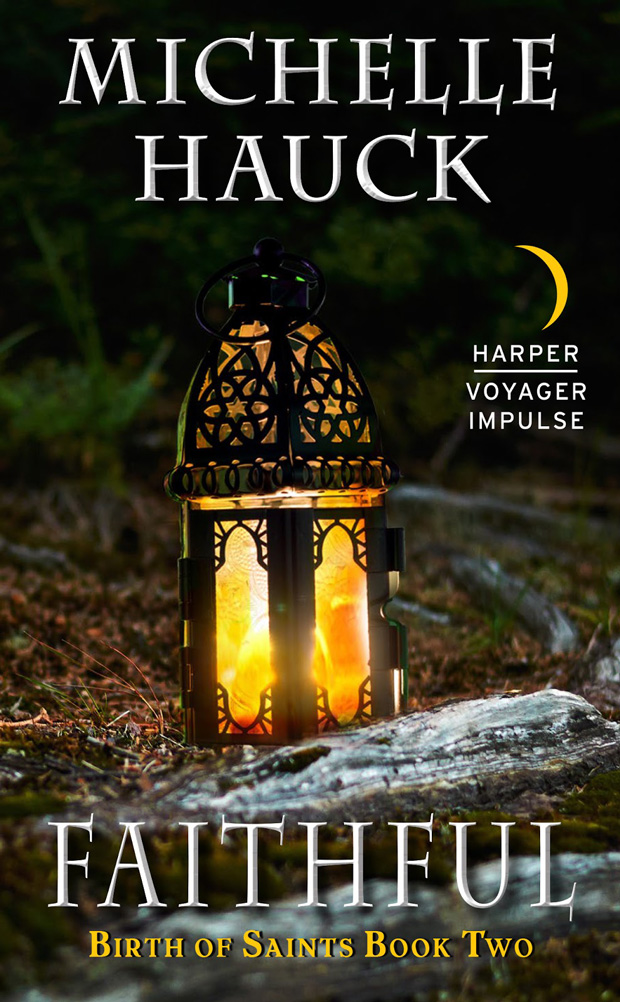 Following Grudging–and with a mix of Terry Goodkind and Bernard Cornwall–religion, witchcraft, and chivalry war in Faithful, the exciting next chapter in Michelle Hauck’s Birth of Saints series!

A world of Fear and death…and those trying to save it.

Colina Hermosa has burned to the ground. The Northern invaders continue their assault on the ciudades-estados. Terror has taken hold, and those that should be allies betray each other in hopes of their own survival. As the realities of this devastating and unprovoked war settles in, what can they do to fight back?

On a mission of hope, an unlikely group sets out to find a teacher for Claire, and a new weapon to use against the Northerners and their swelling army.

What they find instead is an old woman.

But she’s not a random crone—she’s Claire’s grandmother. She’s also a Woman of the Song, and her music is both strong and horrible. And while Claire has already seen the power of her own Song, she is scared of her inability to control it, having seen how her magic has brought evil to the world, killing without reason or remorse. To preserve a life of honor and light, Ramiro and Claire will need to convince the old woman to teach them a way so that the power of the Song can be used for good. Otherwise, they’ll just be destroyers themselves, no better than the Northerners and their false god, Dal. With the annihilation their enemy has planned, though, they may not have a choice.

A tale of fear and tragedy, hope and redemption, Faithful is the harrowing second entry in the Birth of Saints trilogy.