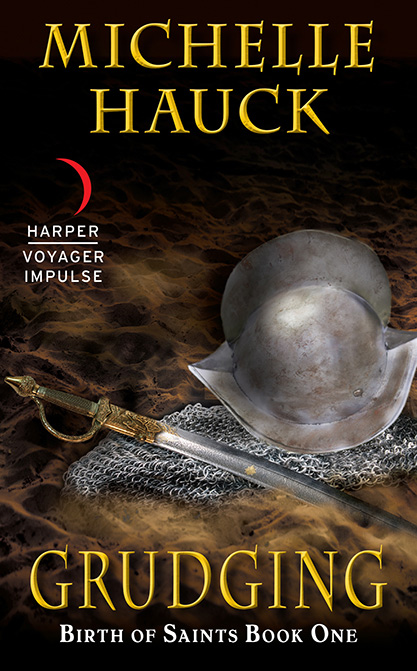 A world of chivalry and witchcraft…and the invaders who would destroy everything.

The North has invaded, bringing a cruel religion and no mercy. The ciudades-estados who have stood in their way have been razed to nothing, and now the horde is before the gates of Colina Hermosa…demanding blood.

On a mission of desperation, a small group escapes the besieged city in search of the one thing that might stem the tide of Northerners: the witches of the southern swamps.

The Women of the Song.

But when tragedy strikes their negotiations, all that is left is a single untried knight and a witch who has never given voice to her power. And time is running out.

A lyrical tale of honor and magic, Grudging is the opening salvo in the Book of Saints trilogy.